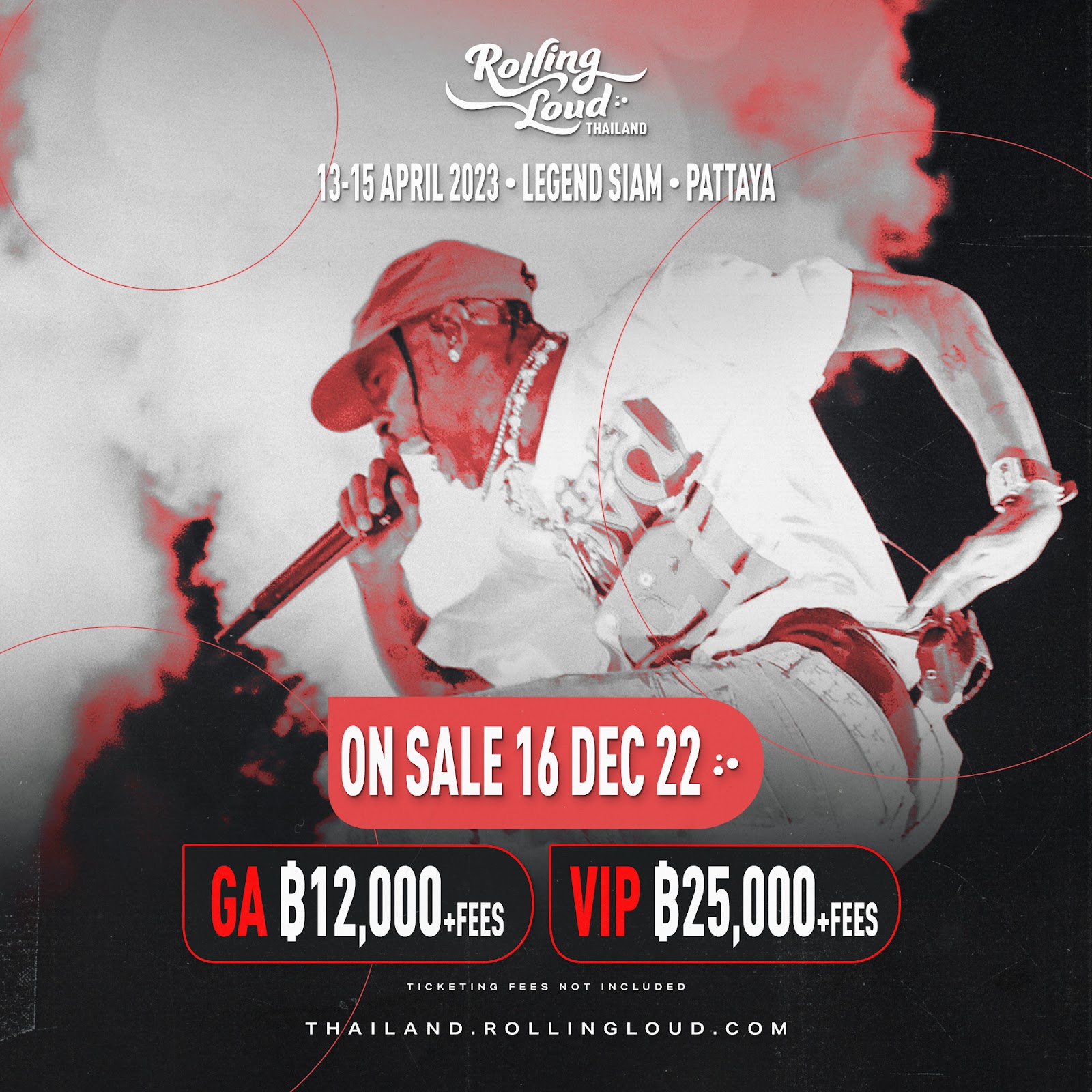 Rolling Loud is the world’s premier rap and hip hop festival and it makes its long awaited and game-changing Asian debut on April 13-15, 2023. This first ever edition plays out on the stunning beaches of Pattaya, Thailand with the one and only Travis Scott the first headliner and many more to come soon. Tickets for Rolling Loud Thailand are available now at RollingLoud.com/Thailand.
On a mission to bring the best in hip-hop across the globe, Rolling Loud’s worldwide expansion continues unabated. Led by its founders Matt Zingler and Tariq Cherif, Rolling Loud is the most powerful hip-hop festival in history and the global brand has had a huge year hosting five festivals in four countries in 2022 alone. More Return PLC is responsible for bringing Rolling Loud to Thailand for the next five years.
These include a first-ever Canadian festival headlined by Future, WizKid, and Dave, the flagship Rolling Loud Miami festival in July featuring headlining performances from Kendrick Lamar, Kid Cudi, and Future, a European debut with Rolling Loud Portugal and Rolling Loud x Woo Hah Fest, the brand’s first camping festival in The Netherlands plus the Rolling Loud world tour in New York in September, headlined by Nicki Minaj, A$AP Rocky, and Future.
Making sure that their first foray into Asia will be a memorable one, Rolling Loud recruits the world renowned hip hop pioneer Travis Scott to headline his one and only Asian show of the year. The picturesque and vibrant location is Pattaya, Thailand which will come alive with two spectacular stages, more than 60 artists and three days of unreal rap and hip hop memories.
This will truly be like nothing Asia has ever seen before with so many hip-hop artists coming together on two stages and the full and famous Rolling Loud experience set to offer an unmissable three days of both local and international talent.
Stay tuned for many more announcements about this iconic Asian festival debut for Rolling Loud. 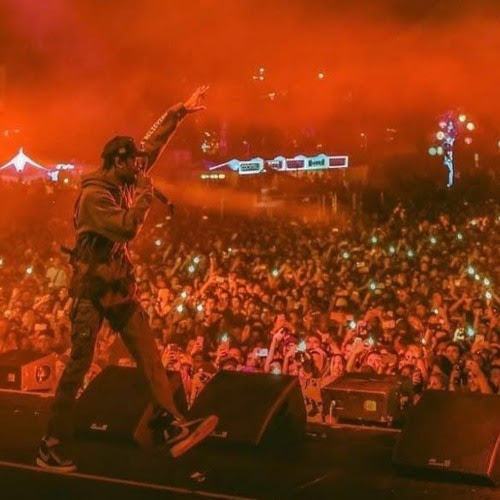 About Rolling Loud
Founded by 5-time Billboard Hip-Hop Power Players Matt Zingler & Tariq Cherif as a one-day Miami show, Rolling Loud has grown into a global festival phenomenon, putting on shows on both coasts and in multiple countries. Rolling Loud is the premier festival brand in hip-hop, known for its expert curation of wide-ranging lineups that reflect the state of the genre.
Rolling Loud recently wrapped Miami 2022, its biggest event to date, headlined by Kid Cudi, Kendrick Lamar, and Future, and the inaugural Rolling Loud Portugal, which brought an international array of all-stars to the beaches of Portimåo, Portugal. The festival’s busy 2022 continued in September, with the first ever Rolling Loud Toronto, headlined by Future, WizKid, and Dave, and Rolling Loud New York, headlined by Nicki Minaj, A$AP Rocky & Future.
In 2023, Rolling Loud expands its empire further, returning to Los Angeles for Rolling Loud California 2023 and venturing to Pattaya for Rolling Loud Thailand, its first-ever festival on the continent of Asia. 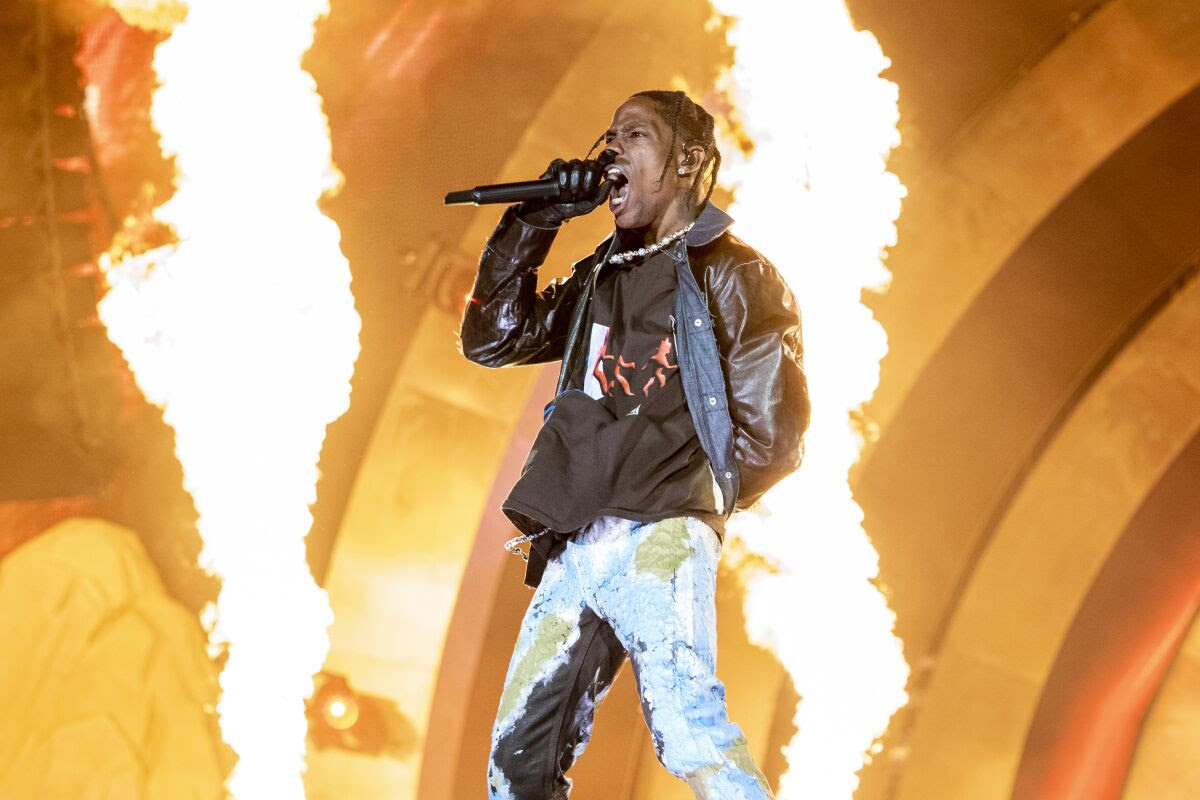