Outside of Ibiza, Joris is a regular fixture at all of the key clubs and festivals on the global underground circuit performing multiple weekly shows at events across Europe, Japan, Hong Kong, China, Singapore, Australia, Russia, Brazil, Colombia, Israel, Detroit, Chicago and New York. 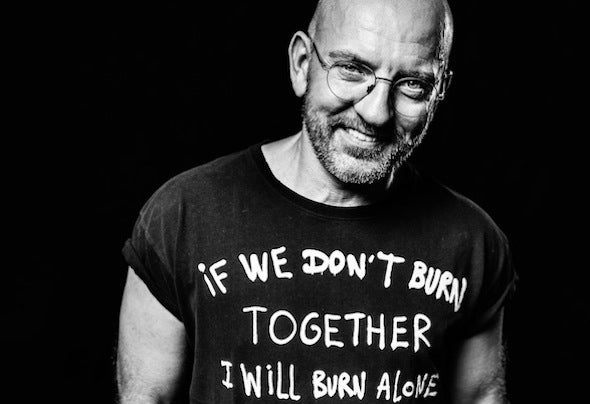 Sven Väth is quite simply unique. A legend in his own lifetime with a commitment and passion that has influenced the advance and evolution of electronic music. Clubs, record labels and careers have been launched.

There are some people that are destined to emerge and change things. Change landscapes. Sven Väth is a risk taking visionary, an instigator, an innovator and very possibly invincible.

Adam was Hardcore, when he was 16. No, not Rotterdam-Hardcore. We’re talking New York-, Boston- and Washington D.C.-Hardcore here. It’s a past that he still lives up to, cultivating it in his vegetarian-straight-edge-lifestyle. After that there was HipHop. He got in touch with turntablism, discovered his love for vinyl and evolved to be a skilled DJ for the first time. Then, finally came Techno. &ME entered the House and Techno world somewhat out of the blue, it is due to his sublime modesty that’s already captured in his alias. His way to become one of today’s most praised and sought after DJ/producers is based on a solid foundation. Check out their Boiler room to feel the magic when these two play together.

One of the industry’s most exciting breakout talents, La Fleur is blazing a trail impossible to ignore. From her highly lauded collaboration with Sasha ‘Förbindelse’ that scored an Essential New Tune, to her stunning debut on Kompakt’s Speicher series ‘Tears’ and the relaunch of her Power Plant label with the exquisite ‘Aphelion’ EP, her elegant take on house and techno continues to captivate.

Magdalena’s eyes were opened to the world of electronic music when she was just 15 years old, when her older brother snuck her into a club for the very first time. Having grown up with the musical influences of her native rural Yugoslavia as a child and later, as a teen, metropolitan Hamburg, the field of electronic music was an exciting discovery for her.

The best DJs know that Djing is first about being able to read people and then about being able to tap into that human experience and take it on a journey. Sasha has always been noted for being a master at this; if there are boundaries yet to be broken, then you can bet that Sasha has got them in the crosshairs.
As a person John’s lack of pretense is enveloped in imagination and invention. Good reason for John being one of the most respected, analyzed and imitated dj’s in the world. Digweed is both solid and durable with unyielding precision. His sinuous dj’ing and production sound has become its own convincing dance ethic. He is centered to the principles of life, living and friends in such a way that he generates an aura of self-explanatory excitement and enthusiasm.
The two masters join for another b2b behind the decks this time at Family Piknik. Check out their Live at Ultra Music Festival from 2017!