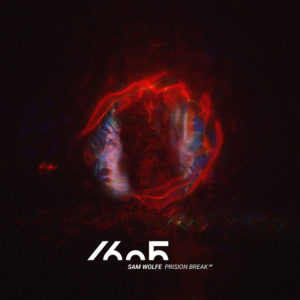 Sam WOLFE is an up-and-coming techno star whose new release is on UMEK’s 1605.

Sam WOLFE has been making waves these last 12 months, and it appears he plans to close out 2021 with bang.

Based in the American city of Atlanta, Sam WOLFE has made a name for himself on the international club circuit with the help of his top-selling tracks. The YellowHeads first noticed Sam’s talent when they signed his debut release “Triangulum”.

Triangulum charted No.1 on Beatport and this seems to have attracted the attention of others such as Christian Smith and Oliver Huntemann to their respective record labels, but his big breakthrough has come via UMEK’s label 1605.

1605 has been a techno powerhouse these last few years, and has been one of the genres bestselling record labels, only rivalled by Drumcode and a handful of others. UMEK releases much of his own music via the label, and it has a very select music policy.

Sam WOLFE recently collaborated with Rebel Boy on 1605, and a track from that release called “Psalm 39” spent many weeks inside the Top 10 best sellers in the techno section of leading download store Beatport.

This time, Sam is back on 1605 with a two-track release including a solo track called “Prison Break” featuring Andrea Garci and a collaboration with Kreecher called “1984”.  Kreecher previously worked with Sam on his track “Lebanon” that was released on Christian Smith’s Tronic.

“Prison Break” is the EP’s opening track, and has a vocal that’s both sinister and seductive. Its euphoric breakdown builds suspense before the bassline and drums crash back in with a moment that’s perfectly engineered for maximum impact on the dance floor. “1984” is second of the two tracks, and working alongside Kreecher, the collaborative cut is fast and furious with a tension that keeps the listener on the brink of excitement overload.

Captivating from start to finish, both of these tracks show why Sam WOLFE is already working on top-selling record labels after only making a debut release around a year ago.