For the past decade, Mixology has built an electronic music promotion that is one of the most revered in the East of England. Each event attracts world-class DJs whilst also showcasing the best local talent Peterborough has to offer, having run over 100 events in all including the legendary Mixology Warehouse event at Peterborough Arena, which Peterboroughians still count as one of the best events ever hosted in the city. Artists such as MAUR, ALISHA, C.O.Z, Micah Baxter, Volaris, ADR and Roobinz have all played their first gigs at Mixology and have since gone on to be recognised nationally and internationally. 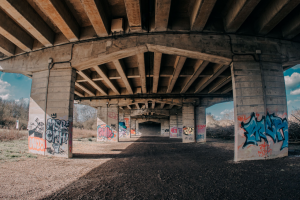 UNDER is situated in idyllic, unique surroundings that juxtapose the concrete, industrial wasteland and the beautiful, scenic landscapes in the distance of the River Nene and Nene Park itself, with the DJs playing out beneath the Nene Parkway Flyover. Following the phenomenal success of the first two events, with huge sell out shows featuring Skream and Solardo, Mixology continues their UNDER concept into the summer with some exciting announcements still to come. 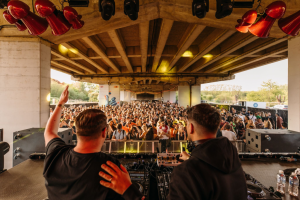 Says the team: “In our 10th year we aim to curate arguably the best Mixology events since our inception. We hope you’ll join us for UNDER on Saturday 13th August and what is set to be another sensational event in the heart of Peterborough!”

Headlining the next UNDER event is none other than the phenomenon that is Darius Syrossian, making his fourth appearance at Mixology. Driven by an insatiable passion for music over 20 years, Darius has dedicated his life to sharing the best house and techno records from his unparalleled library of tracks, as he continues to pack dancefloors all over the world. Expect to hear some upcoming, unreleased Moxy Muzik material as well as gems from Darius’ extensive archive. 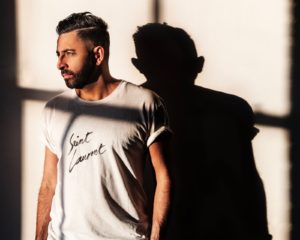 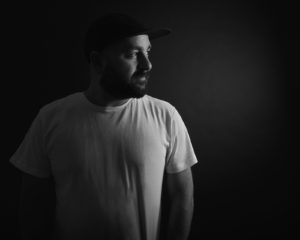 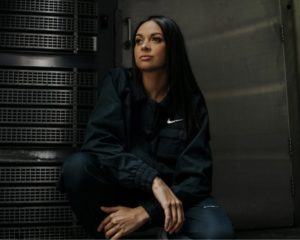 East End Dubs meanwhile is one of the most talented and revered selectors in the UK today. A DJ’s DJ whose passion and talent over the past 15 years have had floors locked into his stripped back but characterful grooves from the dubbed out genres of house, garage and tech. He is imbued with the same urban grit, late night menace and subtle sense of mischief as the East London streets from which he takes his name and his self titled label ‘East End Dubs’ has become a much talked about outlet that has found its way into the bags of serious selectors like Raresh and Riccardo Villalobos.

Just over 7 years ago, ALISHA played her very first gig at Mixology. Fast-forward to today and ALISHA’s DJ career has been ascending at a stratospheric rate with a residency at WHP, a regular on the BPM bills, Paradise, Elrow, Glastonbury and Parklife. Having racked up over 1m streams across all digital streaming platforms to date and a string of releases on the likes of Kaluki, Libero, Nothing Else Matters, Relief and WYLD, expect a set delivering high-octane energy with a sound that underpins deep rumbling low-end basslines, driving grooves and stripped-back percussion. 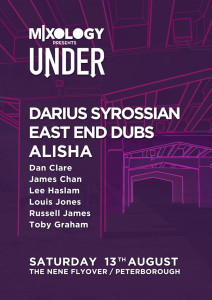