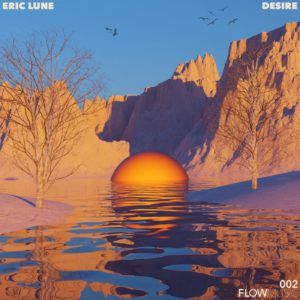 Eric Lune is an Australian DJ and producer who is known for his eloquent progressive house tracks with uplifting atmosphere and enchanting melodies.

Based in Melbourne, Eric Lune has a strong Australian following and an international fanbase with help of his releases on Sound Avenue, Art Vibes Music and Proton.

Most recently, Eric Lune dropped a new EP on Flow Music, which is a record label linked to the music blog of the same name. Based in Australia, the publication promotes local talent, and shines a spotlight on the country’s thriving club scene.

Alongside the two original tracks, the EP also features remixes from progressive house and melodic techno legend Dave Seaman, alongside a collaborative remix by Melbourne based Australian talents GMJ & Matter.

Dave Seaman has a career that spans over two decades including his iconic DJ mix CDs for Global Underground and Renaissance. He is also a highly skilled an in-demand producer known for his many tracks and remixes on his label Selador, along with many others ranging from Sincopat to Einmusika.

GMJ & Matter are both solo artists who also collaborate regularly on productions and play back-to-back DJ sets. Each are regular bookings at festivals and events all across their home country, and GMJ also hosts a regular show on Proton Radio. Combined, their collective back catalogue includes music released on Sudbeat, Parquet, Anjunadeep and Balance Music.

“Adore” opens the release with a spine-tingling melody and epic breakdown. GMJ & Matter keep the ethereal elements of Adore, but bring more focus to the percussion in order to create a techier version.

“Desire” is second of the originals, and its uplifting melody plus well-executed breakdown are a perfect combination with the haunting vocal textures that add to the building suspense. Dave Seaman closes out the release with his brooding remix of Desire, which focuses on a hypnotic groove with the warmth of a throbbing sub base.