Following on from Cafe Mambo’s sell out New Years Eve extravaganza, they are back with more Ibiza house music vibes at the Albert Hall on 22nd October!

Louie Vega: A leader in global dance music, Louie Vega has painted an award-winning career from a palette mixed with everything from house, salsa and afro-beat, to jazz, hip hop, gospel and soul.

What distinguishes the Grammy winner and 7-time nominee as one of the best living house music deejays is his ability to evolve alongside the times, distill the current musical landscape through his unique taste and put his own timeless spin on all the music he creates.

After performances at super venues such as Ministry of Sound, Ibiza Rocks, Pacha, Café Mambo, Ushuaïa and Space, Laura’s & Ben’s star prowess still continues to rise. They have become one of dance music’s revered and most loved duos. With residencies under their belt for some of the biggest clubbing brands in the world, the husband & wife combined talent has proven to be a compelling union.

Fat Tony: Fat Tony is a key player on the London scene, both for gay and straight parties. Now with an international reputation, he is as in demand as he was when first starting out 30 years ago. Back then he was playing at the Playground but soon started his own night, Total Fashion Victim, then Jungle in 1985, which became the first place to play garage and house. Since then he has gone on to play every major club worth its salt, and has held some key residencies all round the country.

Tickets are available now via Skiddle! 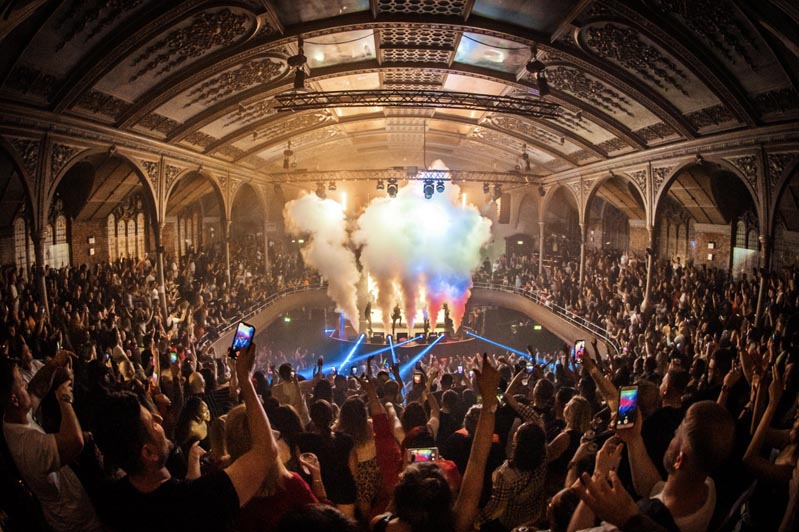