The World’s Premier Electronic Music Cruise is Back on the West Coast!

For the past 16 years, Whet Travel has curated and produced more half- and full-ship music cruises than any other independent company. Partnering with some of the cruise industry’s most recognized and trusted brands, the revolutionary company has executed more than 50 wildly successful events including Groove Cruise, Motorboat, Zen Cruise, Salsa Cruise, and Groove Island, among others. Innovators since their launch in 2004, Whet Travel was named Inc. Magazine’s No. 4 fastest-growing travel company in the country, has won the prestigious “Charter Partner of the Year” award from Carnival and Norwegian Cruise Lines, and has been featured in USA Today, Billboard, Forbes, and more.

Groove Cruise is set to delight the West Coast with the return of its California sailing October 15-18, 2020 aboard the biggest ship yet: The Norwegian Bliss. Groove Cruise “Captains” departing from Los Angeles will partake in six costume parties while dancing for 72 hours to non-stop electronic music from more than 50 diverse artists from all across the electronic music spectrum on multiple hosted stages and paired with unique high-end production designed for “The Ascension”-themed reunion. 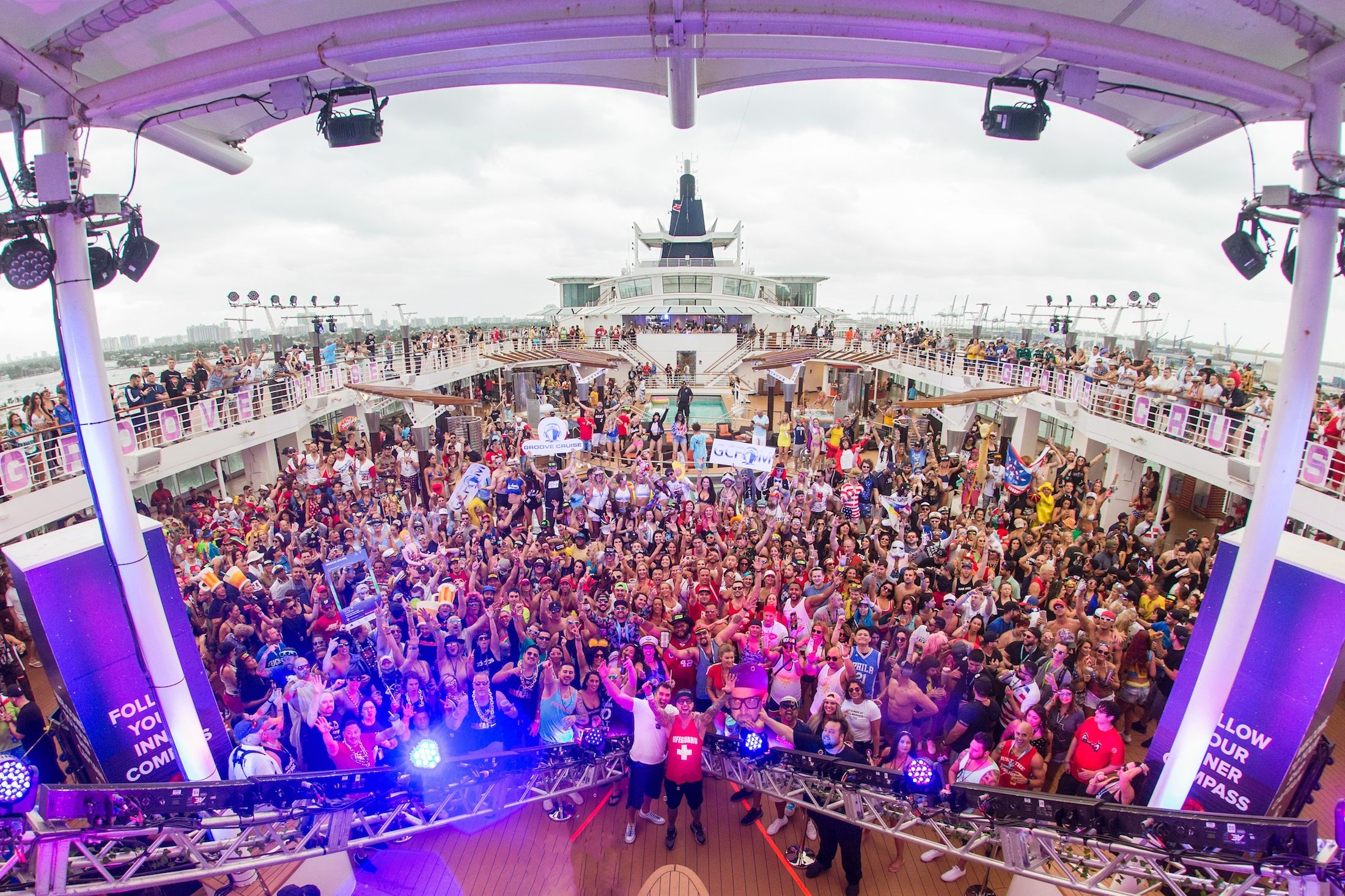 “By popular demand, Groove Cruise West Coast is back and bigger than ever!” says Whet Travel founder and Chief Excitement Officer Jason Beukema. “With room for over 4,000 ‘Captains’ (our name for Groove Cruisers), both veterans and virgins alike will delight in sailing on the NCL Bliss! Designed to have all the trappings of a major mega-resort, The Bliss features over-the-top amusements such as a two-deck-high racing course where passengers compete against each other in electric go-carts — a first for a vessel based in North America! The Bliss also has a sprawling water park with multistory water slides, a restaurant-lined boardwalk, Tony Award-winning production shows, including Jersey Boys, and a giant spa. Dining options even include a modern Texas barbecue eatery called Q that will feature live pop-country music—a new concept for the cruise line.”

The public on-sale begins March 4, 2020 online with payment plans starting at just $92! Captains can follow their inner compass to groovecruise.com to reserve their spot on the next amazing adventure at sea!

Features of the NCL Bliss include:

Built in 2018, the Bliss is the largest ship to ever sail from the West Coast!

Hidden at the top of the NCL Bliss, The Haven exclusive enclave features luxurious accommodations via a variety of premium suite categories, as well as 24-hour butler service, and concierge service, plus a private sundeck, bar, and restaurant.

CLICK TO TWEET: Back by popular demand, @GrooveCruise Cali returns this fall for its biggest sailing yet! Join the #GCFam aboard the @CruiseNorwegian’s Bliss during the world’s premier #electronicmusic cruise w/ 50+ DJs, costume themes, amusement park at sea & more! GrooveCruise.com