Hello, Kommodo, how ‘s it going? Where are you and what are you doing while we’re having this conversation?

Kommodo: Hello friends, how are you? Right now I’m in Berlin, on a trip.

For me, 2022 has been an excellent year. I had some big debuts such as El Fortin and Baroque Club, I also had some releases that had good reviews. There were 3 remixes, one that came out on Prototype, a remix for Moeaike which was also a debut on Awen Records and another remix for Th;en that came out on his label, Mogador and entered the best Progressive House tracks of the month of May.

You have a life experience in Russia on your curriculum, what was that like? How such a cultural contrast between the country and Brazil influenced your development?

Living in Russia was an incredible experience, first it was the fact of having to handle everything in a country where I didn’t speak the language and few people could communicate in English. Even so, I met some local DJs and Producers and even played in one of the main clubs in Moscow at the time, Solyanka. The time I spent over the winter was the kick-start that got me into music production. It was 6 months that I was in seclusion and I was able to study a lot when I started producing my own tracks. I could also see how music is a universal language and that people can be really welcoming in this universe.

Besides music, we found the Designer side… How do you balance both worlds?

In fact I can say that one complements the other, they are two worlds that go hand in hand, both deal a lot with creativity but using different senses. Both have many similarities in the creative process and for me it’s very easy to find that balance. Often I’m doing both at the same time, during the process of creating a track I like to listen to it several times while I’m doing some design projects, and in that time I’m noticing what I can improve, then I stop what I’m doing and apply my ideas so I won’t lose that insight.

You recently debuted at a famous club in the south of Brazil, El Fortin, at a Prototype showcase, where you also recently released… Tell us a little bit about the gig and the connection with the label.

Prototype is a label that has caught my attention from the first release, because of the care that they have doing their work. From the curator to the visual aesthetic part, they are very well thought out, as I have this facet of a designer, I take all this into consideration. It took some time for me to send the first track that entered the Patterns II VA and soon after an invitation to remix Tavaresgui. After that, I received the invitation to be part of the Showcase at El Fortin which made me very happy. It was a super event and like everything the label has done so far, the delivery was sensational.

Also, you had a release on Mogador Records, remixing TH;EN. How did this happen?

I received an invitation from Th;en to remix an artist from their label, but the deadline was very tight and I couldn’t deliver it on schedule. He then sent me some of his tracks so I could pick and remix them. I chose Daparde, who caught my attention for the melodies. The remix had a great repercussion, having entered the chart of the best Progressive House tracks of the month of May, in addition to occupying the third position among the best sellers of the label.

We also heard that you are going to take a vacation to Europe in a few days… What are your plans?

Yes, I am currently in Europe, after a few years without taking a vacation, I decided to travel with my wife and relax a bit. As I like everything related to electronic music, my trip will be based on that. Yesterday I went to Watergate for the first time and got to watch the sets of artists I admire like Tim Engelhardt, 8Kays and Guzy.

Today I went to an incredible exhibition called Dark Matter which are installations that mix light and sound effects to create a technological and surreal environment, it was impressive. I want to take the opportunity to make some contacts and strengthen relationships with people I’ve only been talking to virtually.

What are you currently working on? What’s next for Kommodo until the end of the year?

I’m currently working on some new tracks and collaborations. I have two eps that will still be released this year. I will produce a mini doc telling about the production of one of the tracks that has a feature by the singer Mãe Ana. In addition, I am developing my brand and several projects in my design agency. 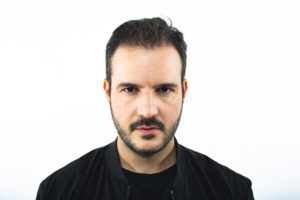