Ahead of Sea Dance Festival in Montenegro, we caught up with one of Holland’s greatest contemporary musicians, Eelke Kleijn. A man of numerous talents, Kleijn’s versatility and sheer showmanship continues to bring him to some of the world’s best festivals and clubs. But what does he consider his biggest moments to date? If you’ve not heard of Mr Kleijn before, consider this a fantastic introduction. Now, we’ll hand you over to the main man himself…

8 Bit Era on Nick Warren’s ‘GU 030 Paris’
“Back in 2006 Nick Warren included my track 8 Bit Era on his Global Underground 030: Paris compilation. I even made an exclusive edit for him. That inclusion kick started my career and also laid the groundwork for my first artist album on GU in 2007, ‘Naturally Artificial’.”

Bootleg of The Hanging Tree
“Back in 2014 I worked on a bootleg of The Hanging Tree from the similarly named movie, originally performed by Jennifer Lawrence and by James Newton Howard. It became quite the underground hit, with people signing along to it wherever I played it. I originally just wanted to create a sneaky edit for my sets, but after immense popularity I gave it to a few good friends and the rest is history ;-)”

Launch of DAYS like NIGHTS
“In 2016 I was at a bit of a crossroads in my career. I had done many underground tracks, and also enjoyed a bit of chart success in the years before. But I never totally felt at home anywhere music wise, and so the idea for DAYS like NIGHTS was born. The idea wasn’t just to start a label, but also to start with events and a weekly radio show.” 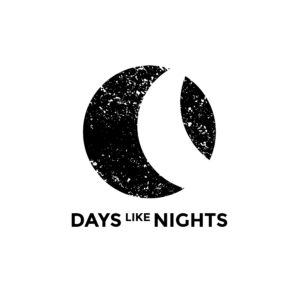 LIVE sets
“One of the last big things for me was making the jump to playing live sets this year. I’d played a few live shows about 4-5 years ago with Ableton and controllers, but never really liked it. It took me ages to prepare and I felt very uncomfortable on stage. With the live set I am running now, I don’t use Ableton. Instead, I play my tracks in stems on the Pioneer DJS 1000 so I can remix them on the fly. I’m using synths such as the Dave Smith Mopho to play my melodies live on top. It makes improvising a charm, both musically and also set list wise.”

First track yesterday at DGTL. It was so good to finally see months of hard work on the live set come to life yesterday. Absolutely loved playing like this! And looking forward to bring the liveset to more places around the world 🙂