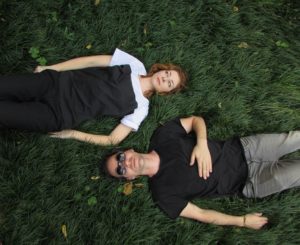 They have released music on labels such as Stil Vor Talent, but are best known for their links to Noema’s record label The Magic Movement.

In 2021, Xique-Xique released their ‘Na Lagoa’ album that showcased their downtempo style with organic percussion and spellbinding melodies.

Hi Xique-Xique, it’s nice to be talking with you. Can you start by telling us about where you are currently based, and what the local music scene is like?

I spent the last year on the road, but I’m based between the small village of Minas Gerais (Brazil) and Bruxelles. São Paulo’s music scene is very active, wild, and unique, and has never been more techno than at the moment 🙂

Bruxelles’ scene is always fresh with a long heritage and influence in electronic music, with which I also identify a lot.

How would you describe your sound to someone discovering you for the first time?

I would dare to say my sound is hypnotic and groovy with a variable BPM range.

What inspired you to become a DJ and at what point did you decide to start producing your own tracks?

The music itself inspired me… I think that I was part of the last generation who started DJing by using vinyl. CDJs existed but were not common at the time and I already had a collection of 12” and 7” of post-punk, cold wave, EBM, disco, Italo disco, house and minimal. At some point, I wanted to mix all this stuff together and a close friend lent me a pair of black Technics SL-1210MK2… Pure bliss… I still have them today 🙂

Regarding music production, I started 5 years after, in 2005. I realised quite quickly that if I wanted to go forward, I needed to start producing too.

You have done a lot of releases on Noema’s record label The Magic Movement, and we would like to know more about how you first made contact plus your relationship with them?

I met Noema in São Paulo as we had friends in common. I then also became friends with Jens, who is the second member of The Magic Movement. I’m loyal, so if the relationship is good, then I stick with those people 🙂 We made three nice releases together that included vinyl pressings and they did it so well that I was very happy to keep working with them.

In 2021 you dropped an album on The Magic Movement called ‘Na Lagoa’ and we would love to know more about that, was it your first-ever album?

Yes, it was the first album I ever put together 🙂 I had gathered several track ideas I’d made in recent years and during the pandemic. I was isolated in my little house in the Brazilian countryside and invited Bibiana, who is the other member of Xique-Xique to join me. Surrounded by wild nature, we manage to finish it in 3/4 sessions each around 48 hours.

The Magic Movement recently put out the ‘Na Lagoa Remixes’ and it would be interesting to hear more about this, who has done the remixes, and did you help pick any of those artists?

I chose and asked all the remixers myself. The original list was actually much bigger, but the label convinced me to focus on a smaller number of remixes 🙂

What’s coming next in your schedule, any gigs or new releases you would like to tell us about?

After a year full of gigs and remixes, I want to focus on my new live set for 2023, which will be a two-person live set whenever possible.

I also need to focus on new productions, as I have several EPs to deliver for a rather long list of labels that I’m excited to work with 🙂

Thanks for talking with us today, is there anything else you would like to add?

It was a pleasure. Thank you for having me and I hope everyone is well 🙂