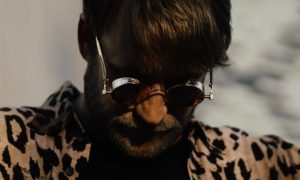 Jacob Groening is a German DJ and producer who is known for his organic house style with melodic grooves and deep atmosphere.

A regular DJ and performer at many of his home country’s top events, he is also a popular international booking that’s played everywhere from Brazil to India.

He is also a talented producer who has released tracks on labels including Bar 25 Music, The Gardens of Babylon and 3000 Grad Records.

Jacob Groening also runs his own record label called Kamai Music which recently featured a two-track EP from the man himself alongside remixes by Xique-Xique and Kermesse.

Excited to learn more about that release and his other projects, we invited him for this interview…

How would you describe your sound to someone discovering you for the first time?

My sound is actually changing a lot these days, but to give a preview of what is coming, I would describe it as Pink Floyd and Michael Jackson having a coffee, and then fall in love haha. On a more serious note, I think I’d call it Space Guitar Techno.

Can you remember when you first heard electronic music, and what inspired you to become a DJ?

I grew up in a small town and music was the only thing for me to stay happy. DJing was always accompanied next to making handmade music.

One of my first electronic music experiences was Sun Project (psychedelic trance).

You have played DJ sets in many different countries, is there a particular gig or destination that you will always remember?

I feel very connected to the places where I have been. In general, I feel a deep connection to New York, Mexico City and Istanbul.

The more often I visit a place the more memories I attach to it and it makes me feel like it is a second home.

Talking of different countries, your new EP sounds like it has an oriental influence, and we would love to know more about this?

Yes, Neko, it’s a project I was working on for a long time. I am very curious to find new sounds and sometimes this happens from different cultural influences.

It’s a Japanese-influenced EP and I worked together with Kotoe, a Brazilian and Japanese singer who is now based in Berlin. We also recorded some Shamisen and Guzheng sounds. It’s the last organic EP that I am releasing before my new album that has an exploration into a new sound identity.

What did you use to produce the tracks, and are the instruments samples of live recordings?

This EP includes a lot of live recordings, for example, a marimba that I played myself and recordings of voices and vocals from Kotoe. All the samples and vocals included are recorded live.

Tell us about your record label Kamai Music, as I understand you decided to release the new EP on your own imprint?

Kamai Music is an organic melodic dance label based in Berlin, founded in 2018. It is a platform for established as well as upcoming artists with a connected artist agency. We are organising events in different parts of the world to showcase Kamai Music and its connected artists. Yes, I decided to release the Neko EP on Kamai Music, as it’s just a great match.

Xique-Xique and Kermesse both feature remixes on your new release, and I wanted to ask why you chose those artists to rework your tracks?

It happened very organically. I am friends with Kermesse and we were travelling to a show in Kiel (North Germany). I showed them the EP and they were right away feeling to work on a remix for it.

With Xavier aka Xique-Xique, it happened when we were both in Lisbon and he was into putting together a remix for Neko. I really enjoy working with friends and people I am close to.

Thanks for talking with us today, what’s coming up next in your schedule, and is there anything else you would like to add?

I have decided to stay in Berlin and take time to lock myself in the studio. Finish my first album and dive deep into creating and tweaking my live set.

Thank you for the interview!

You can buy a copy of Jacob Groening’s ‘Neko’ EP on Kamai Music from HERE.