Somehow legendary French house trio Apollonia have never had their own Ibiza residency. Over the years they have held down hundreds of vital sets of killer house adn the island’s best clubs, most notably DC10. But finally this summer the right thing has been done and they have been given their own night. 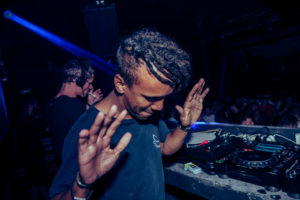 It comes at Octan, the newest club in Ibiza and one with a fine history: the basement of the apace has been the scene of many great parties sand so it was on the night when Planet Claire kicked off. The crowd snaked round the edge of the fantastically painted building: Leeds graffiti style painter Nicholas Dixon has adorned the building with his iconic styles and it gets you excited before you even enter.

The club has only been slightly touched up since its former incarnation so it has a no-fuss, low key vibe that perfectly suits the sort of music you will hear in here. Next to the basement is Spektre, an even smaller and more cosy room with arrays of LEDS on the ceiling and nice air conditioning keeping us cooler.

The Fenchman really showed why they are so revered as soon as they stepped up. The cosmo core were clearly proper hardcore fans as they reacted in a big way when things got underway. Mellow and deep vibes kicked whitings off with a slowly bulking momentum that lead into some techno cuts and plenty of cheeky classics from their own label and the wider house cannon.

As the night went on and energy ramped up, the lights grew more wild as did the crowd. Tech house and cuts from Norma Nodge and Dyed were particular standouts and meant the floor stayed packed until the end. This was a killer night that has surely started what will be one of the year’s best new residences. 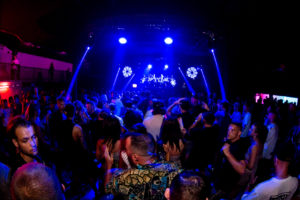